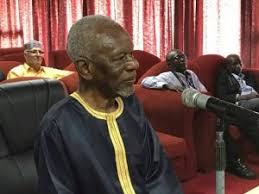 The Proprietor of Future Newspaper, Moisa Kekura and his able Editor Ibrahim Alusine Kamara together with the Executive Editor of Standard Times Publication comrade Philip Neville and his Editor Mustapha Sesay have being slammed with a criminal summons file by Mr. Gabriel M.T. Tommy against the exceeding journalists.

According to the writ of summon, the above Journalists with intent to defame Gabriel Tommy on diverse dates conspired together, and with other persons unknown to defame the latter.

The four journalists will appear on the 6th of May, 2019; in the court of the magistrate to answer to six counts of offences brought to the court by the Director of CID.

It could be recalled that both the Standard Times and Future Newspapers were pursuing an issue relating to an in-depth investigation involving ‘Randa Skeisky’ which draws the name of the Head of Criminal Investigation Department of which he has seek redress in the court of law.

The affected Journalists according to our information are urging Mr. Tommy to professionally take the matter to the Independent Media Commission (IMC) than seeking redress in the court of law which according to them will help both the Journalists and the CID boss to delve into the matter.

“Am not afraid of court proceedings,” one of the journalists said.

“The Independent Media Commission should be the first point of contacts from the public if they are aggrieved by journalists.”

THE LEONE CONTINUES TO DECLINE!!