Home - Editorial - Can you be a Citizen of More than One Country?

Seven African countries — Cameroon, Congo, Equatorial Guinea, Eritrea, Ethiopia, Tanzania and Liberia — still prohibit dual citizenship. What explains why and how these countries remain holdouts? A new book by Robtel Neajai Pailey, “Development, (Dual) Citizenship and Its Discontents in Africa,” explores in depth the Liberian case to show how Liberians at home and abroad have redefined and reconstructed Liberian citizenship and belonging — and, ultimately, the Liberian state.

Liberia’s constitution requires Liberians to revoke their Liberian citizenship when they acquire another country’s citizenship through naturalization. In 2008, four Liberian senators proposed a bill that would allow Liberians by birth and their foreign-born children to hold dual citizenship. This widely contested bill remained in legislative limbo up until 2018.

To understand the forces shaping the contested politics surrounding citizenship in Liberia, Pailey engaged in ambitious and extensive research in five cities in five different countries: Monrovia, Liberia; Freetown, Sierra Leone; Accra, Ghana; London; and Washington. She conducted over 200 interviews with people who collectively illustrate the diversity of Liberians people of various socioeconomic backgrounds, ages, genders, countries of citizenship and, perhaps most importantly, migration histories. An added bonus: The extensive data collection in “Development, (Dual) Citizenship and Its Discontents in Africa” and Pailey’s rigorous comparative analysis of these data offer a solid methodological guide for researchers interested in multi-sited research projects in the fields of transnational studies and migration and diaspora studies.

Even within Liberia, there remain distinctions between citizens — in particular, the distinction between those Liberians who stayed in the country during its brutal civil war from 1989 to 2003, whom Pailey refers to as “homelanders,” and those who left during the war but returned later, whom Pailey identifies as “returnees.” Homelanders view dual citizenship as a zero-sum game and believe that recognition of dual citizenship would exacerbate inequalities within Liberia, rather than alleviate them.

Liberian home landers’ worries are not entirely unfounded. Pailey identifies Liberia as an “exemplary of the dichotomy of diasporic developmentalism because transnational’s have simultaneously advanced and undermined postwar recovery efforts.” For example, according to the former foreign affairs minister Augustine Ngafuan, public officials from the diaspora have disproportionately engaged in fraud. Such controversies lead homeland Liberians to identify returnees with corruption and fraudulence, and stifle constructive contributions from transnational.

The assumption that returnees would be more skilled than homelanders in achieving Liberia’s development goals was followed by an increase in claims for dual citizenship — and also helped generate frictions between these groups. Furthermore, Pailey’s research shows that Liberian homelanders, particularly those in households that don’t benefit from remittances from abroad, are skeptical of the positive impact of remittances on their individual well-being, and on Liberia’s national economy and development. Liberia’s experience thus offers a cautionary tale for emigrant countries trying to portray Diasporas and returnees as a ready-made solution for development, postwar and post-economic crisis recovery.

This fascinating and innovative book is a must-read for researchers and policymakers working in the fields of migration, citizenship, Diasporas and development as it offers fresh and alternative perspectives beyond traditional Eurocentric and Westphalian notions of citizenship. Pailey’s writing is clear and accessible and the book is enriched by her use of vignettes and quotes from interviews. Nearly every chapter opens with the life story of a research participant — and these narratives help move readers beyond the abstract and generalized conceptions of citizenship, and toward a greater understanding of people’s lived experiences and actual practices of citizenship. 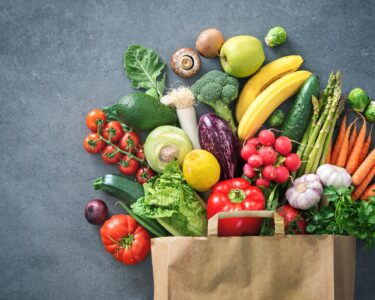