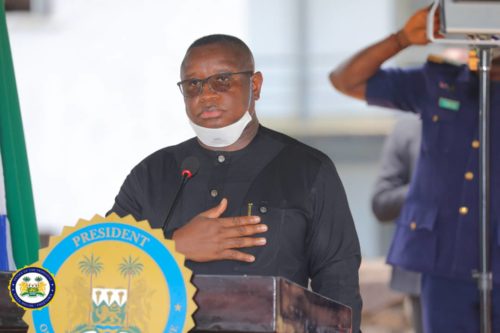 The spate at which positive cases is being reported after the 3days lockdown is a cause for concern to health practitioners as they pushed the government for partial lockdown across the country or 14days.

Over seventy new cases of COVID-19 were recorded in Sierra Leone in the past days. The total number of people that have so far died is 17, and 54 have recovered, according to the Ministry of Information and Communications.

Epidemiological data and other evidence indicate that there is community transmission of COVID-19 in Sierra Leone,” President Julius Maada Bio said in a nationwide address prior to declaring the just concluded three-day lockdown (May 3-5).

One of the difficult challenges the country faces is to slow down the number of cases recorded every day, in order to flatten the COVID-19 curve at a level where the healthcare system could cope or not be overwhelmed.

According to the United Nations, Sierra Leone lost over 4,000 lives to the 2014 Ebola outbreak primarily because the healthcare system lacked capacity, and treatment centers were overwhelmed.

Nearly all of the Ebola deaths – about 11,000 in West Africa, were recorded in Sierra Leone, Guinea and Liberia.

President Bio said his administration has decided to intensify contact tracing and detection; scale up testing and isolation; expand treatment, and undertake all other measures necessary to break COVID-19 transmission in the country.

The Emergency Operation Centre (EOC), which was established during the 2014 Ebola outbreak, is actively trying to manage the pandemic.

Flights in and out of Sierra Leone have been banned and the military deployed to help enforce the closure of its borders with Guinea and Liberia. A nationwide curfew from 9pm to 6am is now intact as well as restrictions on inter-district movement.

Also, the activities of many establishments including schools, mosques and churches have been suspended indefinitely while social distancing, wearing of face mask in public and frequent hand washing are being enforced across the country.

Sierra Leone: The State of the Nation