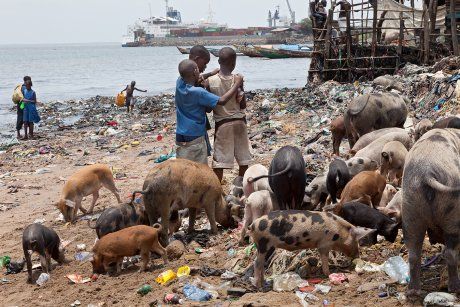 Health authorities in Sierra Leone have warned against the eating of pork for the time being, saying they suspect an outbreak of African swine fever. It follows the death in a couple of weeks of more than 1,000 pigs in four communities in Freetown. Even though the authorities say there’s no evidence the fever can transfer to humans, they say it’s safe to stay away from pig meat. Dr. Mohamed Vandi – Director of Health Security – says the country is ill-prepared for the outbreak without a lab or even test kits. When I visited one of the affected communities a short while ago, I saw this man standing by his dead pig and bemoaning the extermination by the suspected fever of his entire pigpen. I saw empty pens with farmers crying for financial help.

Recruitment for a HSE / Sustainability Officer