BATTLED WITH EBOLA IN SIERRA LEONE; SURVIVING CORONA IN THE UK (Part 1) How A Former Colonial Power And Its Ex-Colony Are Faring In COVID-19 Fight

Home - Perspective - BATTLED WITH EBOLA IN SIERRA LEONE; SURVIVING CORONA IN THE UK (Part 1) How A Former Colonial Power And Its Ex-Colony Are Faring In COVID-19 Fight 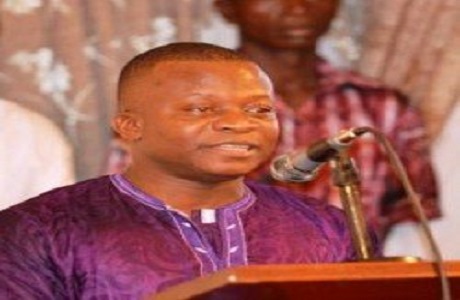 Ebola only stopped at being an epidemic; corona has ballooned into a pandemic – the former like a shadow of the latter on the world stage. So there is a huge difference between the two, apart from the communicable variance.

But the similarities are not lost on me. They are both viruses and they kill humans like flies – with no known vaccine to stem the tide at the outset. If you’ve been through one and you find yourself in the middle of the other, then you couldn’t have been better positioned to know the uniformity of their realities: they require lockdowns, meaning a drastic change to what you have always known as a way of life – which only prisoners would understand. But in order to survive, that’s all that’s left to do.

Now, I am locked down with my wife in our terraced house in Oldham, a small town in Greater Manchester, since Prime Minister Boris Johnson announced on 23rd March that he had no alternative but to disrupt British liberalism to preserve the long-term existence of democracy (it won’t function where there are no humans!).

No matter how you try to make it look good – you now have quality time with family, you can sleep or wake up when or how you want, allowed to go for walks and drive to the supermarket, plus all the other sweeteners of being in this together – it doesn’t actually feel good. Being in any circumstance against your will, longer than tolerable, can never be cool (though of course I am free to go about on journalistic duties). I understand the comparison with Noah and his family being locked up in an ark while many others were perishing outside – but at least he was spared the horror of having to be constantly updated with the number of deaths! And we have just started. Twelve weeks (perhaps), it has been predicted; and we are yet in week three!

My personal consolation (and my wife’s as well): this is not new. It’s déjà vu. I was in my home-country, Sierra Leone, in 2014 when the Ebola epidemic broke out and eventually killed about 4,000 of my compatriots. In fact I was in the government then. As Deputy Minister of Internal Affairs (in charge of the internal security apparatus), I was at the forefront of marshaling both the security forces and the public to fight an invisible enemy (‘Shekito Engages Prison And Fire Force On Ebola’ was the headline in one of the local newspapers, Awoko, of September 17, 2014).

The fight became more daunting with initial public denials of Ebola’s existence, either out of ignorance or for politics (it was most unhelpful that the first reported cases were from an opposition heartland in a country where almost everything is looked at with a partisan lens). The battle was also fraught with the then-government’s reluctance to take early major drastic steps, either because they didn’t want to hurt democracy or they (well, we) were not sure of how to fight a hitherto unheard of war.

But when reality sank in, it sank in deep. The trail of death and tragedy that engulfed villages, towns and cities brought the nation to its knees – and, I must add, to a quick retreat to God, with President Ernest Bai Koroma calling for a national week of prayer and fasting.

And the ‘blame’ was shared with the international community, largely due to the Ministry of Health’s inexplicable slavish dependent on the then-Margaret-Chan-led World Health Organisation (WHO) which tragically dragged its feet in declaring Ebola an international health emergency (Associated Press report titled ‘Bungling by UN agency hurt Ebola response’, September 22nd 2015). When the WHO eventually did, its country office, running the Emergency Operations Centre (to which the Minister had relocated office, and calls for her replacement initially falling on deaf ears), gave wrong advice and withheld monies from frontline staff, according to the aforementioned AP report quoting emails and experts.

The then-President belatedly realised that the WHO’s Country Representative, Zimbabwean-born Dr. Jacob Mufunda, was either dumb or sadistic; and there was some presidential tongue-lashing before the latter was withdrawn and replaced in August 2014. A few days later, the Minister of Health was sacked – foot-draggingly (if Queen Elizabeth would allow another adverb added to her language) in a Shakespearean-like ‘to be or not to be’ quandary, so that when the deed was done it was long overdue and of little effect.

By the time the National Ebola Response Centre (NERC) was formed in October 2014 (with a robust military-style leadership injected by then-Minister of Defence Palo Conteh to deal with a country full of stiff-necked ‘doubting Thomases’), push had come to shove. Freetown was already the epicenter! Too sad and too late for many who had already fallen victim to the disease, with some paying the ultimate price – including scores of health workers (most celebrated of whom was Dr Sheik Humarr Khan, a 70s-born virologist who battled with the virus from its onset in eastern Sierra Leone).

But better late than never came into play, as the mainly British-supported efforts quickly yielded fruits and turned the situation around to doubtless save millions (then-British High Commissioner Peter West was himself at the forefront of the fight, going up and down the country in sensitisation campaigns with President Koroma and Palo).

Only history would determine the nature of the corona-fight relationship between Britain and the Tedros-Ghebreyesus-led WHO, as the leadership of the Ethiopian-born microbiologist is now under fire from President Donald Trump of USA (the most corona-ravished country so far) for ‘late response’ and ‘covering up’ for China (where the outbreak started) – albeit the WHO man is fighting back with counter-accusations of racism for being the first African to head the UN body and for being against any vaccine tests in Africa! If Trump has called it ‘the Chinese virus’ under Ghebreyesus, one wonders how he would have described it if China’s Margaret Chan, the immediate past WHO Head, were still at post! And then look at the Chinese authorities strenuously trying to immediately rewrite the history of the pandemic by turning the butt on Africans in China. What a world! Oh that I had wings like a dove, I would fly…

The vocabulary for Ebola is the same for COVID-19 ( meaning CoronaVIrus Disease first officially reported on 31st December 2019, though given the acronym in February 2020): frequent hand-washing, hand sanitisers, social distancing, testing, isolation, medical helpline, quarantine, fever, coughing – and, unfortunately, death. The only way to avoid the latter is to meticulously or religiously follow the first four prescriptions.

Amidst the pandemic ravaging our planet, Sierra Leone was the last country in West Africa to record a confirmed case on 31st March – ten cases thus far, no death yet. It could as much be a credit to the people as it is to the authorities, plus other factors… Many people started adhering to stringent self-regulation – even with false alarms of suspected cases – the moment it was mooted that China (with a strong economic influence in Sierra Leone and many Chinese in-country) had got an ‘Ebola-like disease’, while the authorities started the quarantine system very early for air travellers.

This has been followed by a national and inter-district lockdown – one of the ideas, it is believed in some quarters, snatched from former NERC CEO Palo Conteh at a reciprocal ‘lay-aside-political-rivalries-for-the-national-interest-just-as-we-did-for-Ebola’ briefing with former Opposition candidate now President Julius Maada Bio – before the former naively fell into a ‘West-side-boys-style trap’ and is now facing egregious Abacha-look-alike treason charges (that’s a topic for another day).

Notwithstanding, before the suspension of flights, there were reports of some ‘foreigners’ bribing their way away from quarantine at the airport , while some returning ‘government-connected’ people smiled their way through immigration control! There are also allegations of cases being concealed – though it’s actually a case of concealing identities. In all this, the virus has not registered the venomous ferocity witnessed elsewhere – as yet.

And then cynics say corona mainly targets rich countries: but it’s only logical that a contagion which originated from the Far East would first go through Europe before reaching Africa (interestingly, COVID-19 has curtailed news about migrants perishing at sea in search of a better life in Europe – the Libya-Italy route has virtually become a no-go area; Temple Run, where art thou?)! Ebola didn’t consume government leaders and royals – thank God Prime Minister BoJo is now out of danger (when he was discharged from the intensive care unit of London’s St. Thomas’ Hospital on Maundy Thursday night, one of Britain’s leading newspapers, The Sun, screamed the next day with the headline, ‘Boris Is Out! Now That Really Is A Good Friday’). A conspiracy theory states that COVID-19 can’t be rabid in tropical countries (that it’s allergic to hot weather) – the opposite of Ebola. Since COVID-19 reached the continent on Valentine’s Day this year, there are still less than 15,000 confirmed cases and less than 800 deaths. Sierra Leoneans could hang on to that. But are there not hidden costs?

Critics say Sierra Leone was already essentially a pariah nation, not attracting any major investors (making the possibility of an early corona arrival remote. While most African countries got their first COVID-19 cases from arriving non-citizens, Sierra Leone’s belated index case was a native man reportedly returning home from haggling in France). In fact, as cruel as fate could be, the man who just a few months earlier visited the country to give a glimmer of hope in investment, British-Sierra Leonean celebrity Idris Elba, was among the first high-profile world figures to be struck by the disease. It therefore seems the corona-induced virtual shutdown of the Sierra Leone economy has only turned a bleak picture into gloom, pray not doom – underlining that the trumpeted ‘year of delivery’ of the government was impregnated with doubtful hyperboles and has now given birth to an uncertain future.

Yet, the optimists would tell you that ‘every cloud has a silver lining’ – that a country which has recently survived war, Ebola, mudslides (and got revived within short spaces of time), can still go through COVID-19 and get back to its feet.

Therefore, the UK, of all nations (on top of having its own, though-not-as-recent, history of survival from plagues and wars), should take solace in that – even with the present grim picture of having already lost more than 10,000 people to the marauding disease.

Sheka Tarawalie is a member of the UK’s National Union of Journalists (NUJ) and the author of ‘Pope Francis, Politics and just GB the Mabanta Boy’

Tribute to the late Abou Whyte