Home - Food - Athletes Ban for being member of Society

Sierra Leone like other countries is well known for their cultural life and social customs. Most men and girls are part of the Poro, Wunde society for men and the Sande, Bondo society for girls. These societies play a pivotal role in village culture; initiation into these societies is a rite of passage as they will put you so high if you are part of them though they are having tremendous pressure from the Government and Religious Leaders to forget about these rituals and concentrate on more developmental issues. Early last year it was a hot topical debate in the country as those that joined the various society were on dispute with those that are not part of the society, to the extent that those that are not part of the society started receiving cash from both national and international Non-Governmental Organizations to discourage this act which the religious people describe as evil.

Things got worsen when the female SLAA head coach Fornie Conteh took upon herself to sensitize and educate the female athletes on the hazards of the Bondo society and threatened to prevent them from participating in competitions both home and abroad if they went through the Bondo seciety. This news went back to the traditional parents of these athletes who did not take it lightly and decided to raid her home town of Waterloo in search of the coach.

The residence of Fornie Conteh was set ablaze and other properties destroyed. But lucky for her she got the news early and left before these secret society people got to her house. This eventually led to her absconding from her home town, and for a long time now no one has seen her. There are speculations that she was caught by theses traditional secret society people and eventually killed as she was considered a very big enemy and some say she might have fled the country for her safety. 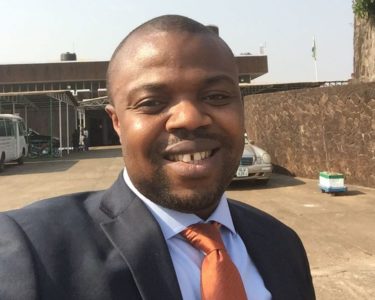