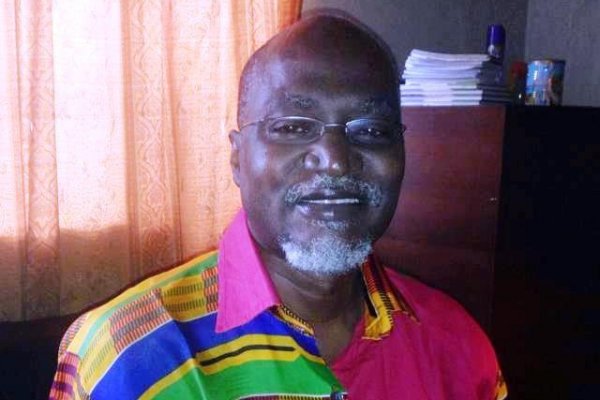 “Choose your leaders with wisdom and forethought…To be led by a fool is to be led by the opportunists who control the fool.  To be led by a thief is to offer up your most precious treasures to be stolen… ” – Octavia Butler.

Who becomes next President (of Sierra Leone after the 2018 presidential election)? The Stakes are Very High.

The presidential election of the Republic of Sierra Leone are scheduled for March, 2018.  All the political parties – especially the governing APC, and the main opposition in Parliament, the SLPP –   have  a kaleidoscope of aspirants vying to become the flag bearers of their respective parties. For the SLPP, it is obvious that there will be no competition to the man who was their presidential candidate in 2012, Retired Brigadier Julius Maada Bio.  For the governing APC, the lineup is crowded with aspirants; and, almost going to the eleventh hour, there appears no clear indication as to who the frontrunner is.  The stakes as to who grabs the reins of the presidency in resource-rich-but-still-fragile-post-war Sierra Leone …are far higher than in say, the US or the UK.

When Vice President Al Gore under President Bill Clinton narrowly lost the presidential election to George Bush in 2000 in the US’s quirky Electoral College system, Gore simply went   into private life, making speeches, writing books – and probably has made more money than if he had been President. Not so in Sierra Leone/ Africa!  Winning a presidency could mean great personal wealth for whoever is elected president; and disproportionate tangible developmental actions directed to a president’s home village or district. A political party that wins the presidency could mean great wealth for those who fight to elect that president – fat bank accounts; money to go abroad for medical treatment; the idolization of the masses.  Or, it could mean beggarly poverty for those whose party  lose the presidency  – ‘ben sus’; shirt collars that are frayed; habitation in tight apartments; struggle to pay college fees for one’s children; declining health as there would be little money for diagnostics in even local hospitals; and, likely premature death…. The stakes are high!!!  Life or death – almost literally.

For, the youth who are active in supporting one political party or the other, even university-educated youth, it could mean permanently being racked with the vicissitudes of middle class poverty for a decade, or, even more – or, joining the ranks of the gilded elite.    For an African country, it could mean a dramatic swing in living standards for the majority.

Washington Post Correspondent in Africa wrote a book in the 1980s titled “The Africans”.  Lamb wrote that by the ‘Independence Era’ of the 1960s in Africa, the country that neighbours Sierra Leone in its West, the former French colony of Guinea, endowed with highly marketable resources like gold, diamonds, iron ore, bauxite… was on the trajectory of being the richest country in West Africa; and Ivory Coast, with almost no marketable mineral resources seemed destined for beggarliness. By the 1970s, however, citizens and foreign residents in the Ivory Coast enjoyed the highest standard of living in West Africa.  Guinea, on the other hand, was a pathetically poor country by the 1970s, and millions of Guineans fled Guinea to live in countries like Sierra Leone, Liberia and Ivory Coast. What happened?

Guinea had Sekou Toure as President.  Ivory Coast had Houphoet Boigny as President.  Boigny was benign in handling the political opposition; harnessed the best of quality brains of white French men; and encouraged quality West African brains to work in the Ivory Coast.  Toure was draconian, killing his political opposition, or, forcing them into exile; and stimulating a brain drain and financial capital drain from Guinea.

For a post-war country like Sierra Leone, the choice of a candidate who would win a presidential election and become President of the Republic of Sierra Leone would transcend just winning an election   – it could be a choice between war and peace.

Literally!!  The “Pa-0-Pa” symbolism of a Maada Bio candidacy in the SLPP could only be dismissed in mere electoral terms by the superficial elite who see politics as just a football game;  those elite who are failing to interpret the angst of about half of the Sierra Leonean population.  This Pa-O-Pa thing  is much more than meets the eye.

Momoh was wrong choice as successor to Shaki!!

Yes, I, Oswald Hanciles, commonly known on social media as “The Guru”, author of the 2011 biography on President Ernest Bai Koroma titled “Natural Born Leader”…. unequivocally  state here that  the civil war in Liberia filtered into Sierra Leone, and gained momentum…  BECAUSE General Joseph Saidu Momoh was President of Sierra Leone!! Momoh lacked the discipline of a military man who had fought a real war; or, generally, he lacked military-type discipline – maybe, because he was largely pushed up the ranks due to perceived loyalty to the system, or, propped up because of sentimental reasons.  Momoh lacked the education to grapple with complex issues; and he acted as if holding the reins of the presidency was an interminable party.  I was not in the country when Momoh was selected as successor to the wily APC Leader,

President Siaka Stevens,  in 1985, but, I heard  that there was much back-slapping among those who   supported the  “political genius” of Shaki in sidestepping super-educated  ‘book men’ like  its then Minister of Finance, Dr. Abdulai Conteh, for a military-loyalist like Momoh.  And what happened?

You can interpret history a thousand different ways. You can distort history.  Some, history you can’t contort for propaganda purposes.  Like Adolf Hitler waged war on Jews, and Europe, between 1940 and 1945 – resulting in 6 million Jews murdered in the Holocaust; and 40 million being killed.  Like the Americans bombed North Vietnam into a moonscape – and the US   lost the Vietnam War in the 1970s.  Like George W. Bush invaded Iraq in 2003 and routed the military of Saadam Hussein within three months.   Can we lie about this: that the economy of Sierra Leone imploded under Momoh in the 1980s?  On hindsight, would all the   ‘book men’ who supported, or, acquiesced to… the choice of Momoh as successor to President Siaka Stevens say it was a wise choice?

Sierra Leoneans have to obey ‘natural law’. Too often, even the cream of the educated elite among Sierra Leoneans tend to talk and act as if Sierra Leone were so unique a country that the normal rules of Religion, Economics, Sociology, Politic, International Relations …don’t apply to Sierra Leone. Would it be a wonder that Sierra Leone was caught off guard by the 1989 civil war in Liberia?  When the war escalated in Sierra Leone, successive NPRC and SLPP governments hired mercenaries of all hues – from the Gurkhas to Executive Outcome from South Africa – and depended heavily on Nigeria-led ECOMOG troops to keep the RUF rebels at bay. Militarily, and diplomatically, Sierra Leoneans failed to THINK.

Foday Sankoh and a few of his Revolutionary United Front (RUF) rebels had trained in Libya for a couple of years in the 1980s.  Didn’t Momoh’s diplomatic personnel know about it?  Not likely. Wasn’t  Momoh and his foreign ministry people monitoring what was going on in Liberia during the about ten years President Samuel Kanyon Doe was in power in that country?  Not likely.

The 130-years old Americo-Liberian oligarchy in Liberia was kicked out of power by the lowly Master-Sergeant Samuel Kanyan Doe in 1980 because of the sheer security careless of then President, Dr. Rev. William R. Tolbert. Tolbert had been Vice President for NINETEEN years to his predecessor, President W.V.S. Tubman.  Tubman ruled Liberia with an iron grip for 27 years.  Tolbert relaxed that.  He wanted accelerated development, and was known as “Speedy”.  He opened up the political space.  As a teacher in the hyper-elitist College of West Africa in 1979, I saw with my own eyes, and heard with my own ears, erudite and resonant political opposition like Dr. H. Boima Fahnbulleh, Dr. Togba Nah Tipoteh, Dr. Amos Sawyer, and Baccus Matthews publicly railing against the True Whip Party of the Americo-Liberians.  That was unthinkable under Tubman.   Tolbert underestimated Matthews and others, and treated them like schoolboy truants. It was one of those demagogues (or, ‘Truth Speakers’), Baccus Matthews, who poured fuel into the fire of a century of  bottled emotions that unleashed  the April 14, 1979 rice riot in Monrovia – over an announced INTENT  by Tolbert to increase the price of imported rice.    Crowds of people spilled into the streets of Monrovia in protest.  The police fled.  The military was called out to contain the situation.  For a brief while, as some of the Americo-Liberian elite started heading for the borders, it appeared as if the military would take over…  They didn’t.

Tolbert did not learn from 1979.  He continued with the amazingly lax personal security of his regime.  He didn’t significantly disempower the opposition forces, or, tried to divide their ranks.  Tolbert was bludgeoned in his pajamas in the Executive Mansion in 1980 – a year after the 1979 rice riots.  Lesson?

Read the transition from Sir. Milton Margai to Sir. Albert Margai in 1964 – that sent the SLPP into political oblivion for almost 34 years after the 1967 election.  The handing of baton from President Siaka Stevens to General Joseph Momoh? It led to the APC losing power for 15 years.  President Tejan Kabbah foisting of Solomon Berewa on the SLPP elite – with the SLPP’s 72% victory in 2002 dwindling to 38% with Berewa as candidate in the 2007 election.  The political elite who choose presidential candidates should pick the brains of thinkers, not just rely on those men and women who talk and act as if they OWN the two major political parties in Sierra Leone.  The stakes are high!!!

Losing could mean political exile for a political party for not just ten years, but, decades….  Or, war and peace for the country…  I pause.  (To be continued). 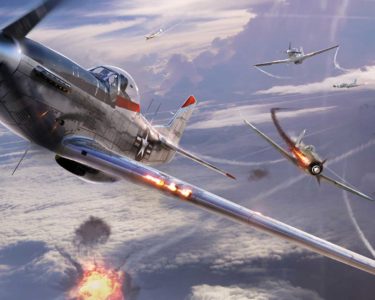 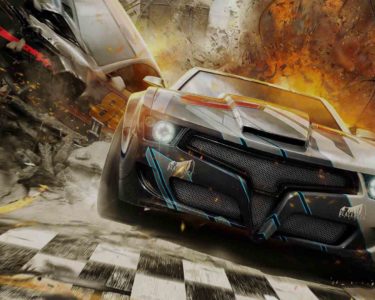 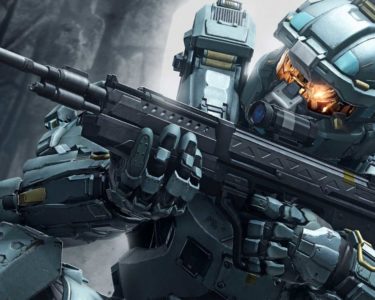