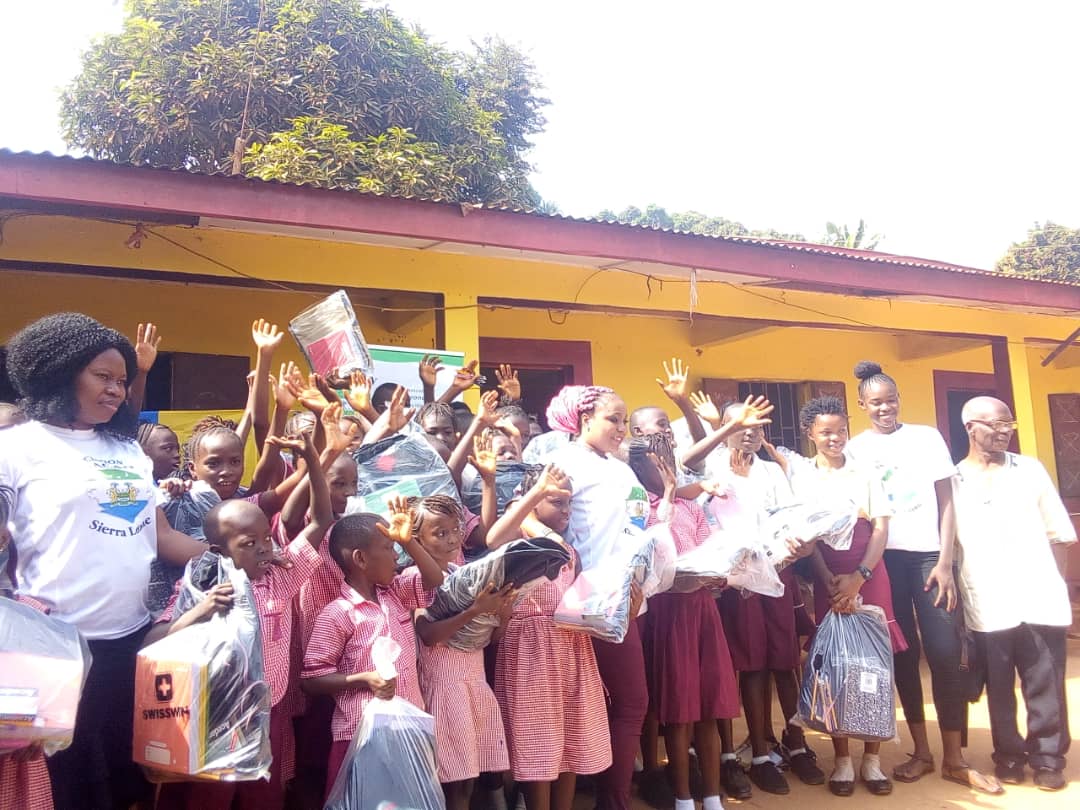 According to the head of ASLACAN Sierra Leone, Christian Taylor pupils constitute the school and not the building, he continued that a product of the school determines whether the school is a performing institution or not. He noted that during the decade long war in the country him another country men migrated to Spain.

During our stay in Spain, we were asking each other what we can do for our beloved country and as natives of Sierra Leone we tried to lifts our country to the height of fame by soliciting assistance for the poor and needy.

As a Foundation, they have given to the Christian Hope Primary and Secondary schools forty scholarships in total coupled with bags, books and text books, pen etc to enable them in their academic journey.

Mr. Taylor insisted that pupil that did not promote to the next academic level will miss out from the scholarship scheme.

He informed parents and community stakeholders that his association will be visiting those pupils at their various homes.

The proprietor Christian Hope School, Alfred Junior Brima lauded the foundation for the donation and scholarships.

He said the scholarships are specifically for children that have lost their fathers and called on pupils to take advantage of the opportunity that many deprived pupils are yearning for.

Vice Principal, Ibrahim Koroma lauded the venture noting that members of  ASLACAN Foundation decision to chosen a school that is situated in one among the hard to reach community at Kissy is a step in the right direction.

Imam Fuad Samura among other things under scored the important of education which he pointed stands very important to the girl child.

Chief Pa Alimany Sesay expressed appreciation to ASLACAN for the donations and scholarships and also pleaded for the Foundation to assist the Television pole community with an health center to prevent community members rushing their love ones to hospital that is a reasonable distance from the community.

Hawanatu Mary Kamara, a beneficiary of the scholarship thanked the Foundation for considering her worthy to grabbed scholarship.

“My parents have over the years finds it difficult to pay my fees,’ she said noting that with the intervention of ASLACAN such disturbances are now a thing of the past.

Television pole community is among the poor and hard to reach community in Kissy and its environs with most of the basic amenities lacking. The major occupation is trading, agriculture and coal burning.

Teenage pregnancy is visible in the community because of its hilly nature, the community is always quite during the day time because most of the inhabitants climb down the hills very early in the morning to find a living.