Suspended police chief, AIG Thomas Mustapha Lahai, has been “surreptitiously” reinstated and elevated to the position of Director of Human Resource, replacing the hardworking AIG Aiah Edward Samadia who has now been transferred to the Ross Road Police Station, a close source has revealed.

AIG Thomas Lahai was formerly the Regional Commander Freetown West. He was suspended together with Supt. Musa Brima Bandabla, formerly the Local Unit Commander of Goderich Division, after the July 29 incident at Hamilton village. Both officers were then put under investigation for neglect of duty, failure to act when called upon and negligence to good order and discipline.

According to the source, the reinstatement of T.M. Lahai and his subsequent elevation to Director of Human Resource in charge of recruitment and other things was done on the basis of nepotism because of his affinity to those in power. Some officers who spoke on condition of anonymity for fear of dismissal expressed similar views that T.M. Lahai is on a covert mission to make way for all manner of jack to be recruited into the force.

When contacted, Head of Police Media, Supt. Brima Kamara, denied the accusations. He said T.M Lahai was reinstated after their investigators acquitted him of any wrongdoing. Supt. Kamara does not believe that T.M. Lahai’s new role was influenced by outside forces. He opined that the replacement of AIG Samadia as Director of Human Resource can be justified by the force. He also dismissed claims of political interference in their recruitment process.

The source also intimated this writer that IG Richard Moigbe is going through serious pressure in the hands of his bosses.

A recent meeting of the National Strategic Communications Coordinating Group (NSCCG) comprised of the Police, Military, Office of National Security (ONS), Prisons, Fire Force and Immigration almost descended into chaos following a bitter argument that ensued between the vexed police boss and his counterparts over the violence that occurred during the Parliamentary re-run election in Constituency 110.

The source disclosed that IG Moigbe is not pleased with the conduct of his officers during the said violence; and has so far expressed dismay over their failure to effect an arrest on the rogue agents who were seen all over the place destroying ballot boxes and election materials in the constituency.

The police boss argued that the high-level political interference into the independence and operations of the force is gradually paralysing their ability to maintain law and order in the country.

On the question of IG not being pleased with the conduct of his officers who were complicit in the perpetration of electoral violence in Constituency 110 bye-election, Supt. Kamara chose to be reticent. He however confirmed that IG has given orders to the Complaints Discipline Internal Investigations Department (CDIID) to investigate those officers deployed at the Sarah Modern Preparatory School where the violence took place. He also confirmed that the Criminal Investigations Department (CID) is looking into the criminal conduct of individuals who invaded the polling stations and destroyed ballot boxes and other election materials.

Whether anything would come out of the CID investigations is a matter of wait and see.

Meanwhile, the SLP’s Directorate of Professional Standards and Discipline is now undergoing some regorous transformation drive to make it effective and fit for purpose.

When President Bio took over the reins of government in April 2018, he promised to strengthen state institutions and not interfere with their independence. He also committed to allow the law enforcement agencies do their work fairly, without favour, and without fear of recrimination or reproach.

The extent to which these commitments can be translated into pragmatic action will determine the level of autonomy under which the Sierra Leone Police will effectively discharge their duties.

IG Moigbe has been a policeman since 1987. He now has about seven months to his retirement. His focus now should be on reenginerring the force to make it count.

Tremendous gains have been achieved under his leadership. And one of his enduring legacies would be the trnasformation of the Police into an elite force. But if he allows ‘so-called’ politicians throw a spanner into his good works, such a legacy will hurriedly disappear like the ugly fame of his predecessor IG Munu. 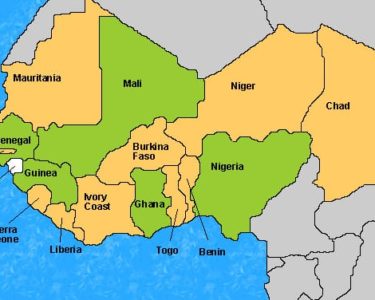