APC Sure of Retaining Constituency 040 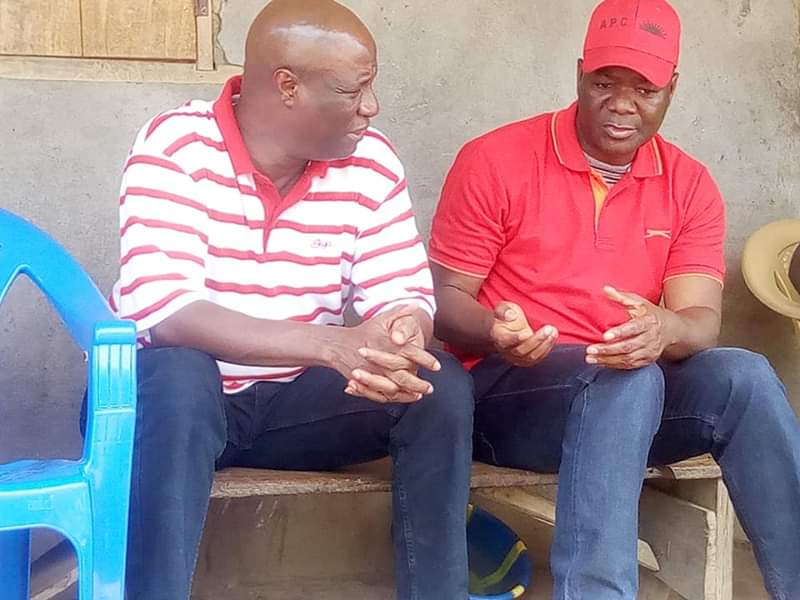 The APC Party in Koinadugu and Falaba districts have mounted a no-nonsense political campaign to retain the Parliamentary seat in Constituency 040 in Falaba District with a surge mounted by two of the party’s political dinosaurs.

Momoh Konteh, APC Chairman, Koinadugu District and Dr. Kaifala Marah joined ranks with other Comrades of the APC to go into the Constituency to renew the bond between the people and the party, thank them for their massive votes in 2018 and to rekindle their devotion to return the Parliamentary seat to the APC and their candidate, Alhassan Jero Kamara.

The warmth and exuberance which was shown by the people is clear enough to determine where their majority votes would be cast in the upcoming September 14 parliamentary re-run election in Constituency 040.

The duo, Kaifala Marah referred to as “The New Hope” and Momoh Konteh, “The Political Bulldozer” told the people at Yiraia and Badala that their collective socio-economic development aspirations lies with the APC party since it has proved it before through infrastructural development, livelihood supports and the free healthcare, among others.

“We have not lied to you before and we will not lie to you now”, they assured the people.

They encouraged the people to be steadfast with the APC as the only party in the history of the district to make tangible development strides for the benefit of all.

“As a party we don’t discriminate; we don’t alienate and we don’t measure our development outputs based on party loyalty or support. We do for the general good of you the people and the country,” Konteh and Marah reaffirmed to the people.

In that regard, it was made clear to the men, women and majority youth that they should not waiver in their support for the APC which is the only political party in the country that has demonstrated a clear cut affirmative socio-economic development agenda for Sierra Leone.