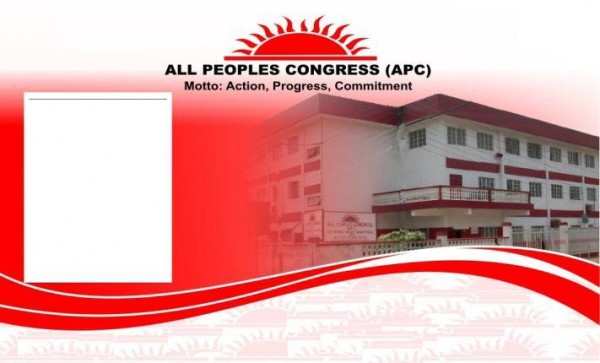 The All Peoples Congress (APC) wishes to extend sincere appreciation and thanks to all Journalists and Media Practitioners who travelled from all over Sierra Leone to grace our Press Conference held at our Port Loko District Offices (Bai Bureh Hall) today January 11th 2020.​

We also wish to thank representatives from all the various Diplomatic Missions who patiently waited for several hours in order to be present at the event despite the late commencement of the Programme.​

We also wish to thank the Sierra Leone Police and the State Security agencies for the robust and very professional policing of Port Loko and environs for the past two days.​

Finally, on behalf of the National Chairman & Leader and entire Executive of the party, we extend our thanks to the APC Legal Team, the APC Media Team, the APC Task Force marshals and last but not least, all National Delegates of the APC party (including more than 100 APC Members from the Diaspora), for keeping the peace and dispersing quietly after we learnt of the High Court of Sierra Leone placing an injunction that forbade the holding of the slated National Delegates Conference. Your comportment, as representatives of the wider mass of the APC party, has permanently defined the APC as the Sierra Leone political party which most strongly believes in Peace, Democracy and Respect for the Rule of Law. Today, you made the APC proud and for that, the APC thanks you.​