All Road Leads to Portloko Today 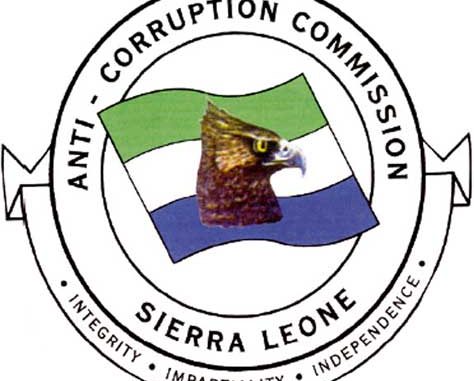 The Anti-Corruption Commission (ACC) is pleased to announce the official opening of its North-West Regional Office on Thursday 17th October, 2019 at 10:00 am in Port Loko Town as a major deliverable in its annual plan.

The North-West Province became the Fifth Administrative Region of Sierra Leone when it was created in 2017 and separated from the Northern Province. Three districts, namely -Kambia, Karene and Port Loko, make up the North-Western Province, with Port Loko being the Regional Headquarter Town.

The opening of a Regional Headquarter Office of the ACC in Port Loko Town is consistent with our strategic objective to ensure our presence across the country with a view to bringing the Commission to the people in all regions. The opening ceremony will take place under the Grand Chief Patronage of the Resident Minister, North-Western Region, HON. ISATA ABDULAI. The new Office is located at No. 27 Conteh Street, Port Loko Town.

The ACC North-Western Office will be dedicated exclusively to serving the people of the North-West region to ensure a fair and corrupt-free public service. In this regard, all corruption complaints within the parameters of that region will be handled by the newly-appointed Regional Manager, MR. AL-HASSAN SESAY, and his team with supervision from Management at the Headquarter in Freetown.

Our presence in the North-West Province marks the beginning of closer attention from us and provides hope for the residents, with the aim of not only making it easier for them to report acts of corruption but to also help and contribute in their prevention, eradication, and suppression.

Major stakeholders of the North-Western Region, including Paramount Chief ADIKALI MELLA II of Bakeh Loko Chiefdom; The Mayor of Port Loko City, ABU BAKARR KAMARA; HON. HINDOLO GEVAO of the House of Parliament; Assistant Inspector General of Police, North-West, J.A. GBONNOH, and civil society organizations and activists are expected to be among the important dignitaries and guests to grace the occasion. The Chairman of the Port Loko District Council, MR. IBRAHIM SANTIGIE BANGURA, shall chair the ceremony.

In view of this development, the Commission wishes to thank the President of the Republic of Sierra Leone, His Excellency, Brig. (Rtd.) Julius Maada Bio, for his continued leadership and support in the fight against corruption; The Ministry of Finance for their timely financial support; the leadership and people of the North-Western Region for providing the enabling environment and support for the actualization of the ACC’s North-Western Regional Office; and all stakeholders who supported and continue to support the sustenance of the fight against corruption. The public is cordially invited to the opening ceremony at the place and time aforesaid.

For further enquiries on this and other ACC matters, please contact MS. MARGARET MURRAY, the PUBLIC RELATIONS OFFICER on: +232-78-832131.