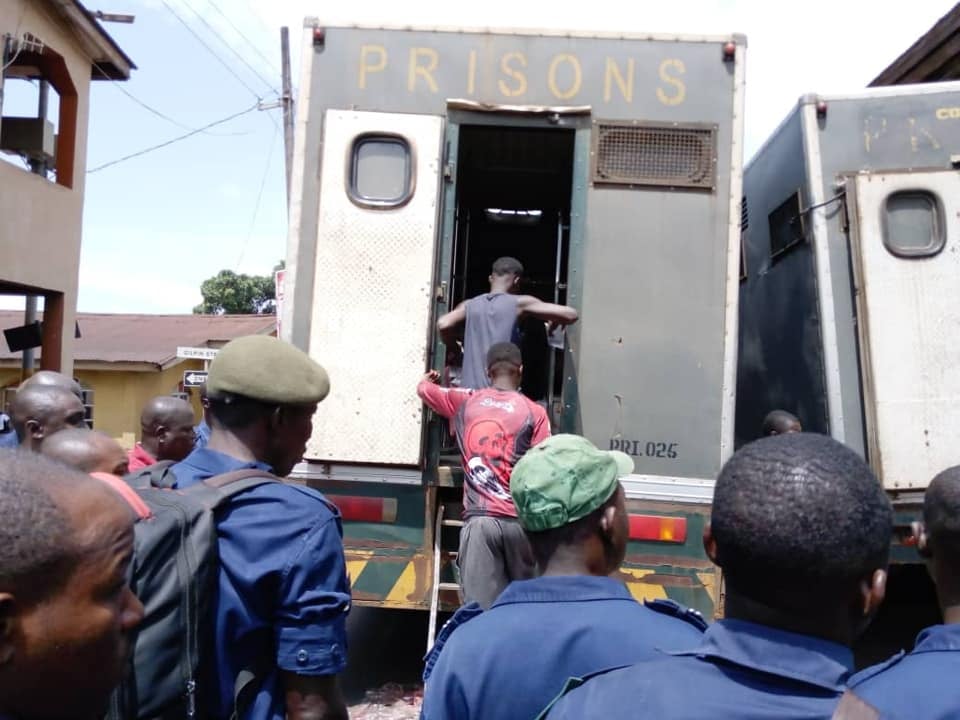 “Three hundred (300) inmates were supposed to have been transported to Mafanta, in order to ease congestion in Pademba road Centre; the vehicles we have could not accommodate all of them. However, before next week ends, the remainder 150 male inmates would have been taken to Mafanta,”_ according to the Deputy Director General of the SLCS- Mr. Dennis Harman.

The DDG disclosed that the beddings, toiletries, kitchen utensils, and food stuffs had all been taken to Mafanta for the in- going inmates.

He said the 300 inmates will be occupying two blocks that were refurbished with funds provided by the United Nations Development Program (UNDP) & the International Bureau of Narcotics and Law Enforcement Affairs (INL).

“60 officers have been transferred to the Mafanta Correctional Centre, to add to the already 49 officers on the ground.”

It can be recalled that about a month ago, the Pre- trial Detention and Simulation Centre at Kissi town Waterloo, was commissioned, and it is now home to 100 male and 10 female inmates. In addition, the Mafanta Centre now affords the SLCS an added space for 300 male inmates- summing up to 410.